Valentia Island is Ireland’s third largest island. Located of the coast of the Iveragh Peninsula, it is connected to the mainland by bridge at Portmagee. The island has two villages, Knightstown on the coast and Chapeltown further inland. It is also accessible from Renard on the mainland by ferry to Knightstown.
A worthwhile place to visit is the Heritage Centre which is located in a converted schoolhouse. This museum charts Valentia’s history from ancient times to the present.
The island has some spectacular cliff and coastal scenery and historic sites and monuments including Bray Tower and Cromwell’s Point Lighthouse.
The slate quarries, which were reopened in recent years, provided slate for the Paris Opera House and London’s Houses of Parliament in earlier times.
Glanleam House and Gardens, former residence of the Knights of Kerry, is now famous for its tropical plants, many of which are not found elsewhere in Europe.
Tetrapod trackways (footprints of dinosaurs) which are over 350 million years old have been found on the island andcan be seen on the rocks.
The local GAA Club is Valentia Young Islanders and the island is home to Kerry GAA legend, Mick O’Connell.

Valentia was the European terminus of the first transatlantic telegraph cable. The cable continued to function until 1966.
The Valentia Weather Station and Valentia Observatory is an important part of Irish Meteorological Services and is instrumental in world weather forecasting.

Click on the images for more views of Valentia Island 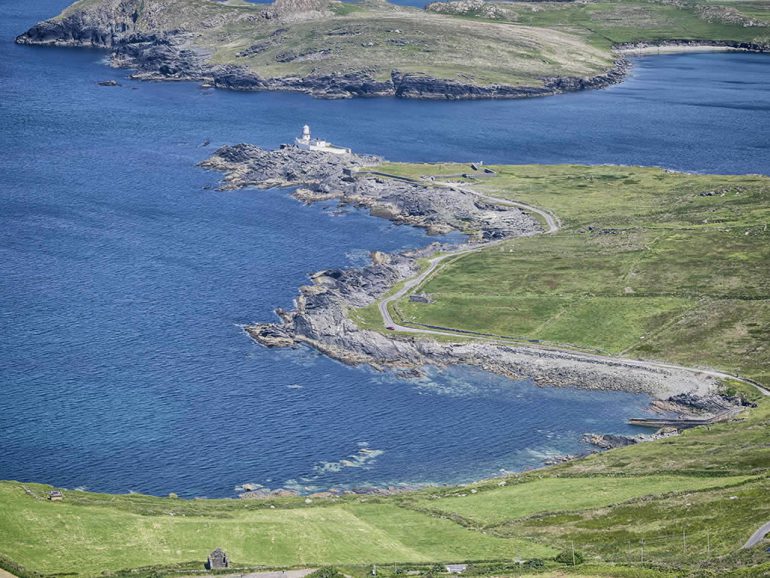 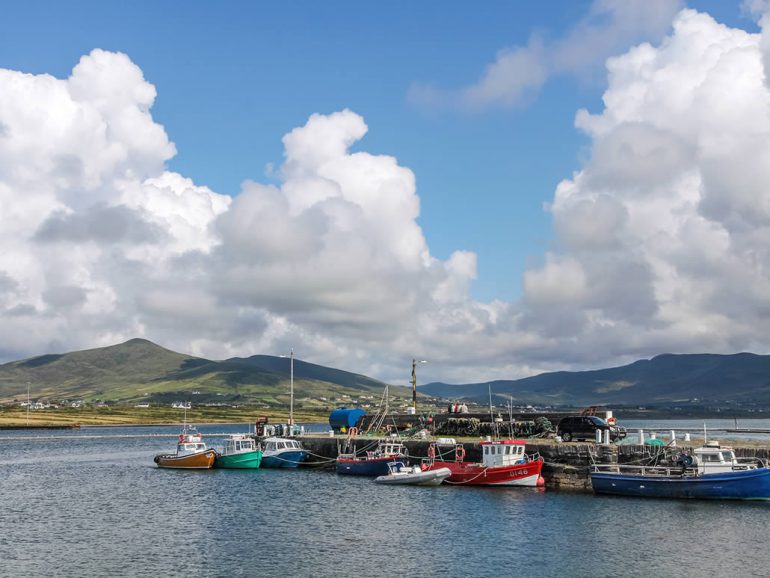 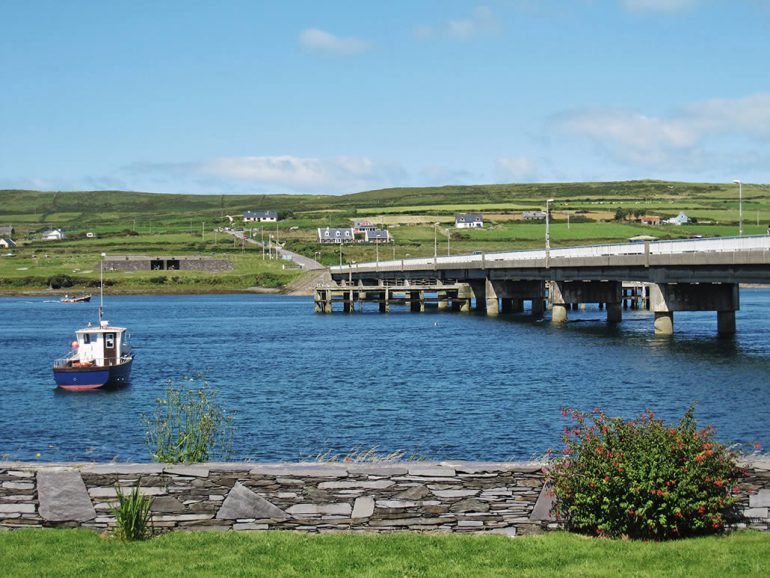 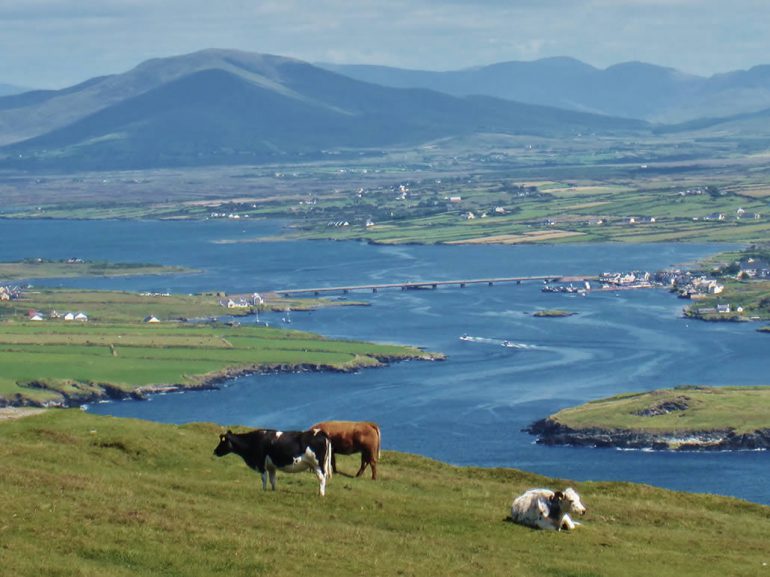 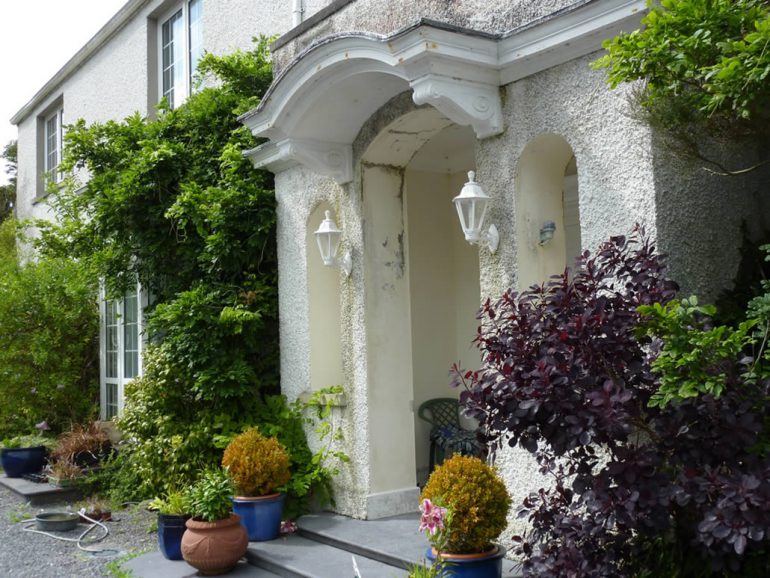 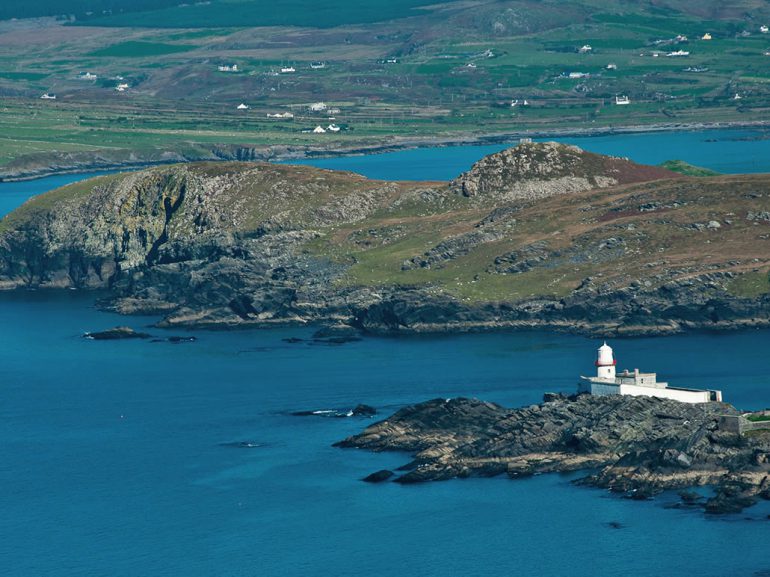