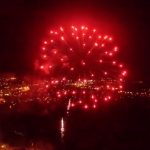 Here we have some clips of Video of Kerry with some spectacular footage of Kerry Scenery including some stunning drone footage.
We are particularly indebted to Florian Walsh – https://www.florianwalshphotography.com/ and to PixieFilms – https://www.facebook.com/Wild-Atlantic-Way-North-Kerry-1181910978531051/ for permission to display their videos

This amazing drone footage of Ballybunion Kerry Ireland from Kris Luszczki shows the stunning beauty of this north Kerry town situated on the Atlantic Ocean. It is really spectacular when viewed on a larger screen. (To return to normal mode press “Esc” on your keyboard). Ballybunion has been a seaside [Read More…] 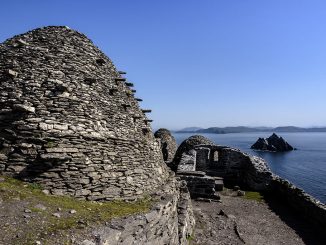 ﻿ Watch this Skellig Island Drone Footage from devinsupertramp Skellig Michael is not the only Skellig Island. There is also Little Skellig which is home to one of the world’s largest Gannet Colonies. The landscape of Little Skellig is as spectacular as its bigger brother and can be seen from [Read More…]

This video from Unilad Adventure shows the rugged beauty of County Kerry Ireland. These stunning clips will leave you wanting to book your next holiday in Kerry. The rocky coastline of the Dingle Peninsula, the Lakes of Killarney, The Conor Pass, Coumeenole Beach, mountains and valleys – the spectacular scenery [Read More…]

Absolutely stunning drone footage by Florian Walsh of The Great Blasket Island and seals swimming in the beautiful turquoise water. Also never before seen footage of the Beginish Island looking like a butterfly from above! An Blascaod Mór ***MUST WATCH*** Best video you will see all day.. Absolutely stunning footage [Read More…]

More great footage from Florian Walsh http://florianwalshphotography.com Waves crash on the rugged coast of west Kerry. This spectacular drone footage is well worth watching to the end.

Listowel has once again shown the county how it’s done when it comes to keeping the town clean, tidy and colourful. The Listowel Tidy Towns 2017 Committee have done Trojan work to impress the judges and gain their tenth Gold Medal. Listowel increased their score from 2016 by 3 points [Read More…] 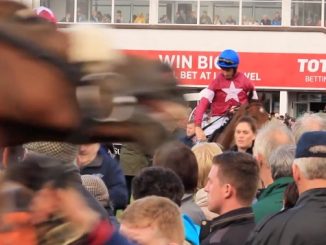 Another Listowel Races has come and gone and despite the bad weather for the first half of the week, the racing was great and the craic was mighty. Here is a look back at the festival through the lens of Pixie Films. Watch the Video Footage of Listowel Races 2017 [Read More…] 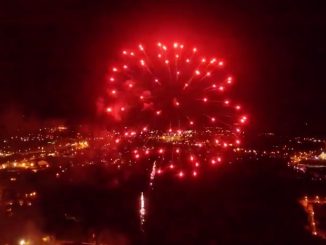 This footage was shot by Michael ‘Pixie’ O’Gorman on Saturday 19th of August 2017 in Tralee town park during the parade. Towards the end there is some fantastic drone footage showing aerial shots of the parade and the fireworks display. To see more of Michaels videos visit his YouTube channel [Read More…]

Star Wars: The Last Jedi is due out on December 15th. Star Wars fans will have to wait a while but a teaser has been released giving a taste of what’s to come. What is certain is that much of the action was shot on Kerry locations with more stunning [Read More…]