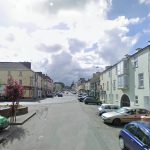 This is a growing information archive of interesting places in Kerry – mainly towns and villages.
Historical facts, what’s on, where to stay and more.
We are adding to this archive and we welcome input form anyone who has useful information about a locality. 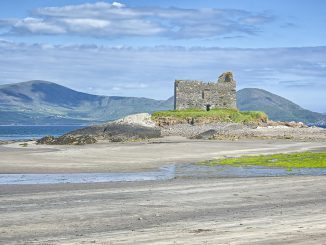 Ballinskelligs is a village on the south coast of the Iveragh Peninsula in County Kerry. It can be traced back to the 5th century and many historic sites and monuments can be seen in the area. It is surrounded by wild landscape and has a beautiful sandy beach. What’s in [Read More…] 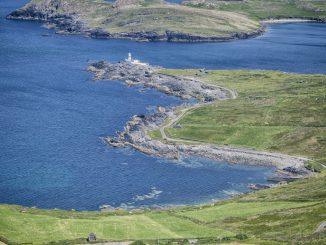 Valentia Island is Ireland’s third largest island. Located of the coast of the Iveragh Peninsula, it is connected to the mainland by bridge at Portmagee. The island has two villages, Knightstown on the coast and Chapeltown further inland. It is also accessible from Renard on the mainland by ferry to [Read More…] 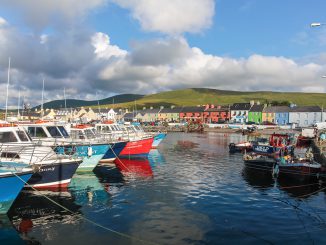 In 2012 Portmagee was the first town to be awarded the Fáilte Ireland National Tourism Town Award. This was a fishing village in the past but nowadays most of the fishing is done from leisure boats operating out of its sheltered harbour. Situated on the mainland side of the bridge [Read More…] 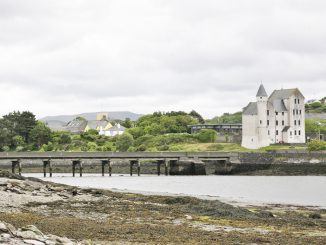 Cahersiveen is the biggest town in the Iveragh Peninsula. There are a few variations of the spelling of its name including Cahirsiveen, Cahirciveen and Caherciveen. It is essentially a market town for the region and is busy with lots of shops, restaurants and pubs. What’s in Cahersiveen? The town is [Read More…] 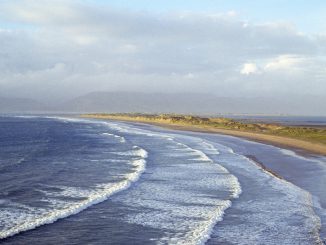 Glenbeigh is the next village you come to as you travel south from Killorglin towards Cahersiveen. It is just about a mile or so to the beach nearby and it is a popular holiday destination. What’s in Glenbeigh? Rossbeigh Beach, which is a short drive from the village is one [Read More…] 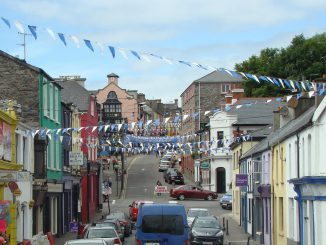 Roads from Tralee and Killarney join at the bridge over the river Laune which leads to the Killorglin, often called the gateway to south Kerry. This is a lively market town surrounded by some beautiful scenery and a short distance from the spectacular Caragh Lake. What’s in Killorglin? The River [Read More…] 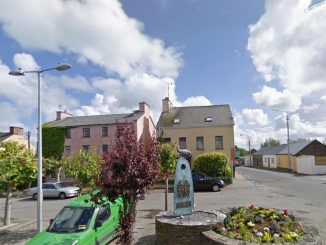 Milltown is a nice residential town on the N70 between Castlemaine and Killorglin. It is a quiet place which has grown quite a bit in recent years with the development of new housing estates which were built to accommodate commuters to the main towns. What’s in Milltown? The town has [Read More…] 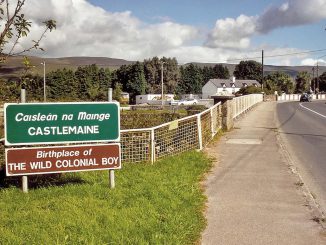 Castlemaine is a village in mid Kerry built on the Maine River and it was formerly the location of a castle owned by the Earl of Desmond What’s in Castlemaine? It’s main claim to fame is that it is supposed to be the birthplace of ‘The Wild Colonial Boy’. According [Read More…] 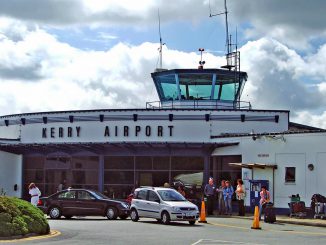 Farranfore is a village half way between Tralee and Killarney. It has the distinction of being the only location in Kerry that has both a railway station and an airport. It is located at the junction of the Tralee Killarney Road and roads to Limerick and Killorglin anrd the Iveragh [Read More…]