Pundits Give Kerry No Chance

Hardly anybody except the squad themselves gave the young largely inexperienced Kerry side much of a chance against a Dublin team who had won the last four finals and who had impressed hugely again on their journey to this year’s final.

Kerry gave their fans hope from the outset as they matched Dublin for the first 15 minutes before Dublin’s Jack McCaffrey scored the first goal of the game.
By half time Dublin were leading by 4 points but crucially they were down to 14 men after Johnny Cooper was sent off having received a second yellow card just before the break.
In the first half Kerry missed at least two goal chances including a saved penalty and numerous scoreable point chances.

Goal from Killian Spillane Keeps Kerry in the Game

Kerry scored the first two points of the second half but they were 5 points down after 20 minutes and it looked like Dublin were heading for victory.
But then substitute Killian Spillane scored a fabulous goal to reduce the deficit to two. After an exchange of points Kerry found themselves drawing with Dublin after 7 minutes of added time.

And then, dramatically, Dublin got a free in a difficult position near the sideline. The ever reliable Dean Rock stepped up to take the free. If he scored, it was Dublin’s game as the time was already up.
Sadly for Dublin, the ball sailed to the left of the post and wide.

Already the post mortems have begun, the what ifs, should have, could have.
The usual questions are asked. Did Kerry leave it after them? Who will learn most from the game?

Whatever happens these questions will be answered next Saturday week 14th September. The Date for All Ireland Football Final Replay has been fixed for Croke Park at 6pm on that date.

Just when we thought that the annual scramble for tickets was over, it is just about to start again.

Are you going to the All Ireland Football Final Replay?
Click here for accommodation nearest Croke Park 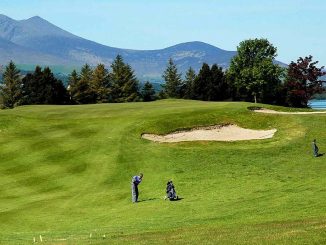