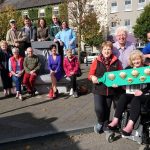 News from County Kerry. This is not a news channel but we bring you stories from around Kerry which may be of interest to visitors to the county.
Browse our Kerry News here.
Readers who have interesting news stories from their area are welcome to submit them to us and we will publish them if appropriate. 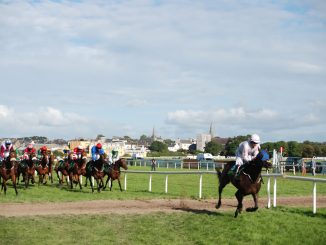 Listowel Harvest Festival of Racing 2019 starts 8th of September 2019. We are updating  Listowel Race Results 2019 as they happen. Find them also on Twitter at https://twitter.com/stayinkerry Day 7 – Saturday 14th September 2019. 8 races on the card – all National Hunt. The Going is reported as Good, [Read More…] 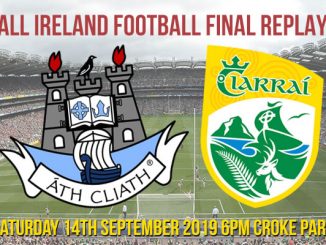 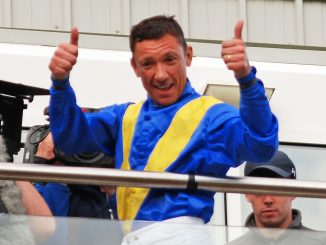 Ten-year-old jaunting horse Lucy is probably the slowest horse Frankie Dettori ever steered but that is how he arrived in Killarney, driving a jaunting car. Frankie’s superstar celebrity status brought huge crowds to Killarney racecourse on Wednesday 17th of July. Racecourse manager Philip O’Brien reckoned that the attendance was double [Read More…] 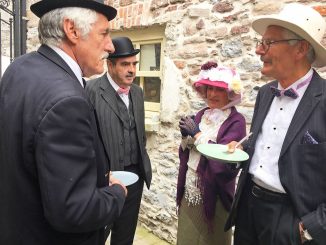 Watch out Dublin! You no longer have exclusive rights to Leopold Bloom! Today, on Bloomsday the 16th of June 2019, Bloom has turned up in Tralee, in the Kingdom of Kerry. At midday, the savoury aroma of fried kidneys and Denny’s sausages tickled the nostrils of passersby as it wafted [Read More…] 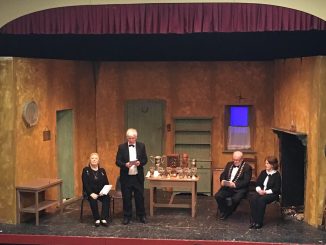 Another great Kerry Drama Festival at The Ivy Leaf Theatre has drawn to a close. Eight drama groups provided great entertainment over eight nights. The attendance was well up on last year – the theatre was full to capacity on most nights. There were five plays in the Confined Section [Read More…] 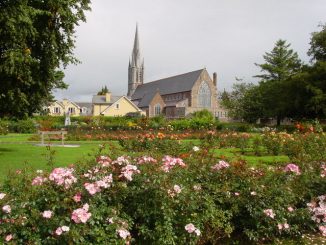 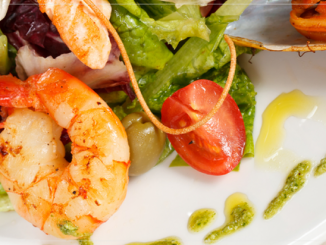 James Coffey, chef at the Park Hotel Kenmare, Co. Kerry, has been awarded “Chef of the Year” for 2019 in the prestigious Georgina Campbell Awards. Georgina Campbell is one of Ireland’s leading food and hospitality writer’s who has been producing Georgina Campbell’s Ireland – the Guide (All The Best Places to [Read More…] 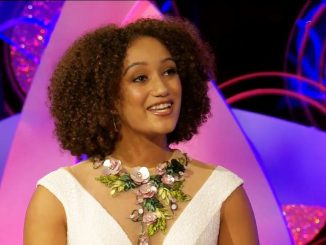 At last after weeks of waiting and lots of appearances and interviews, the Waterford Rose, Kirsten Mate Maher has been crowned Rose of Tralee winner 2018. She becomes the first African-Irish Rose but not the first of mixed race. Here is the moment of the announcement on RTE: Her father, [Read More…]

Rattoo Round Tower near Ballyduff in County Kerry is one of the finest and best preserved round towers in the country. The monastery at this site dates from the 6th century and the tower was built later and added to at various stages since. For more information about Rattoo Round [Read More…]