Blennerville is a village located about 1 mile west of Tralee on the road to Dingle. It is connected to Tralee by the Tralee Ship Canal which is no longer used for ships but is used for water sports, mainly rowing. Beside the canal is a popular walking path. The surrounding area is rich in wildlife including many species of wading birds

The skyline is dominated by Blennerville Windmill which was restored by Tralee UDC and opened in 1990, It is now a visitor centre with crafts, a restaurant and exhibitions.
A restored narrow guage railway ran from the Aquadome in Tralee to Blennerville station but it is currently in disrepair. There are some efforts being made to restore this project.
A replica of the Jeanie Johnston, a famine ship that sailed from here to North America in the 19th century was built in in the local shipyard during the 1990s. It was launched in 2000, sailed to various ports around the world and is now berthed at Dublin Docks where it serves as a museum.

Click on the images for more views of Blennerville 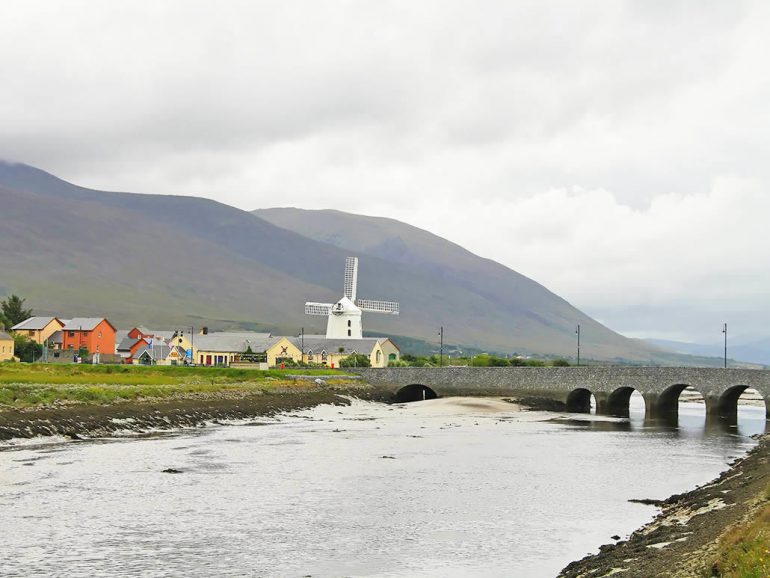 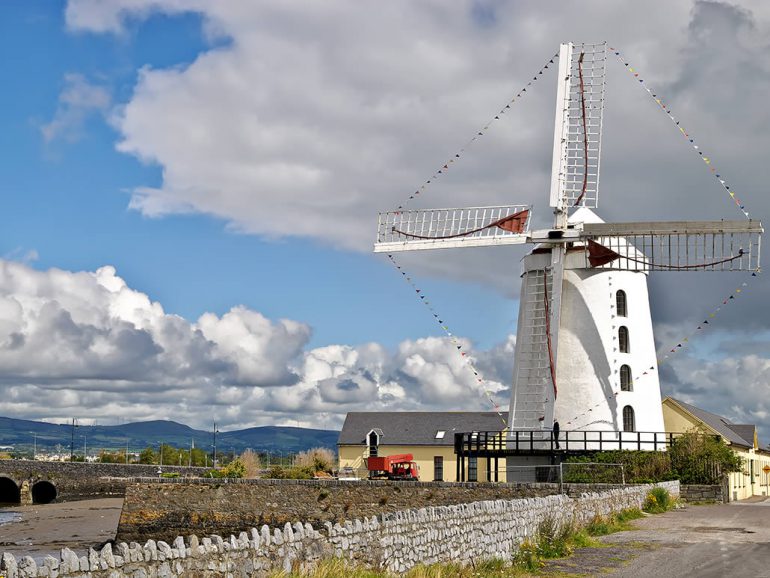 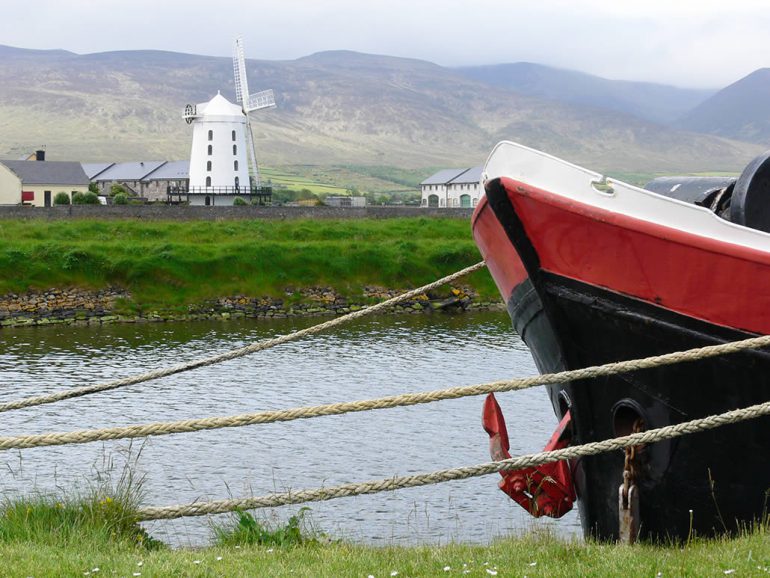 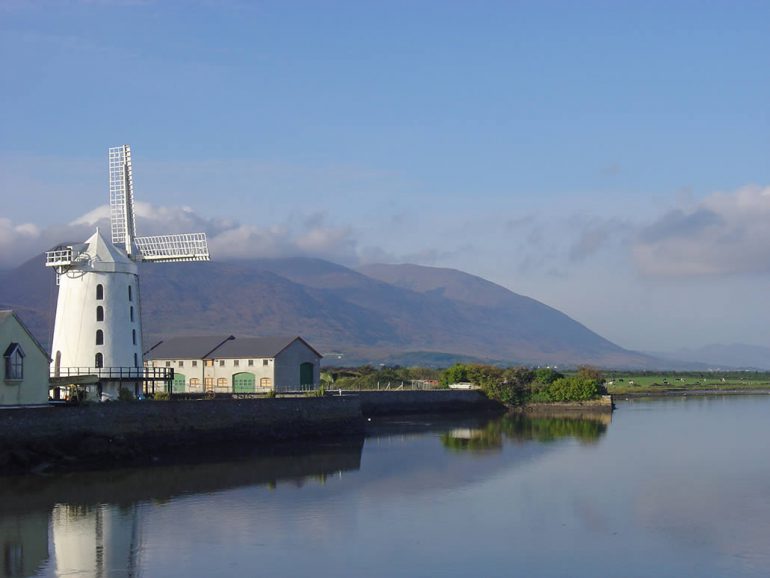 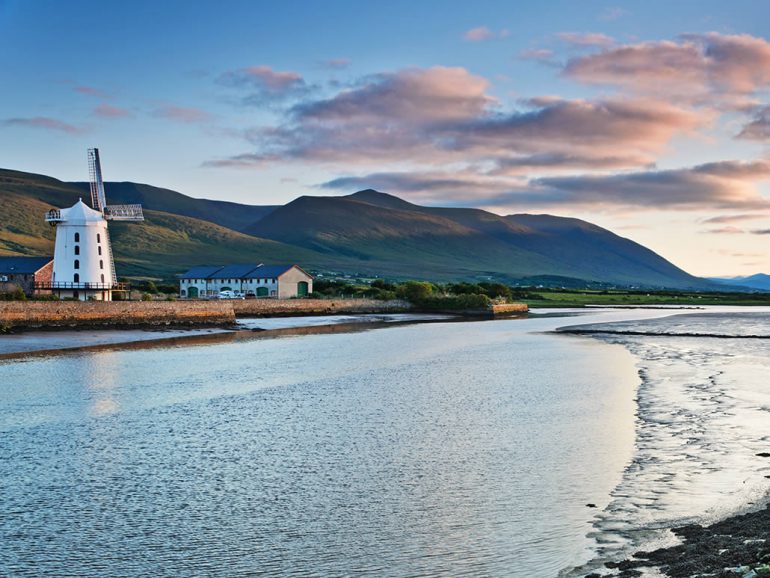