The village of Ardfert is dominated by the ruin of the cathedral which was the centre of the Christian Church in Kerry for many centuries from 500 AD onwards. It flourished in the Middle Ages as a centre of learning an piety with three orders of monks settling there.
The ruins have been preserved and are well worth a visit.

Ardfert Friary is located half a kilometre to the east of the village.
It was founded about 1253 by Thomas Fitzmaurice, Lord of Kerry, for the Franciscan Order. In the 16th century it was occupied by English soldiers and later by Protestant bishops. Thomas Fitzmaurice himself is buried there.

Apart from the cathedral and the Friary, this is a thriving residential village with some nice pubs and restaurants.
It has a lively GAA hurling (St. Brendan’s) and football club. The village is just two miles from Banna Beach and five miles from Ballyheigue.

Click on The images for more views of Ardfert 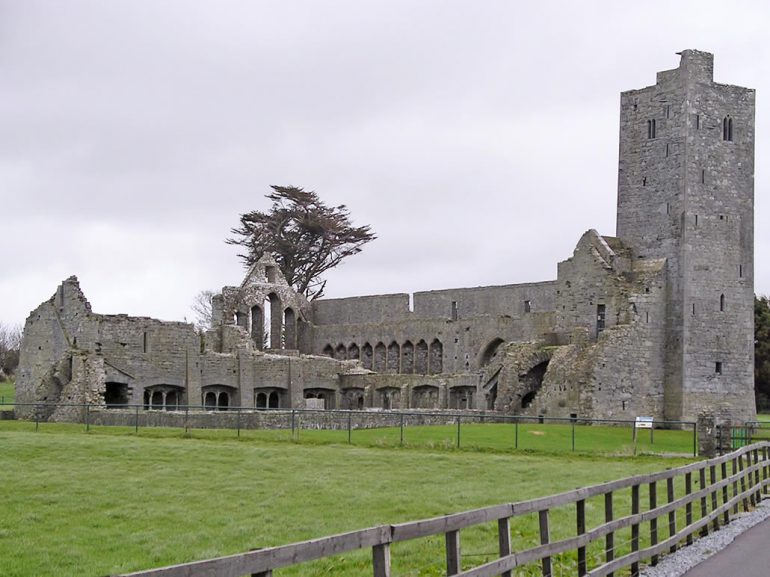