There are hundreds of pubs in Kerry, each with its own unique character and atmosphere. Every town an village has a number of pubs ranging from old style traditional pubs to modern slick bar/restaurant/nightclub.
Here is our selection of 10 well known pubs in Kerry. Some are famous worldwide, others are well known locally. 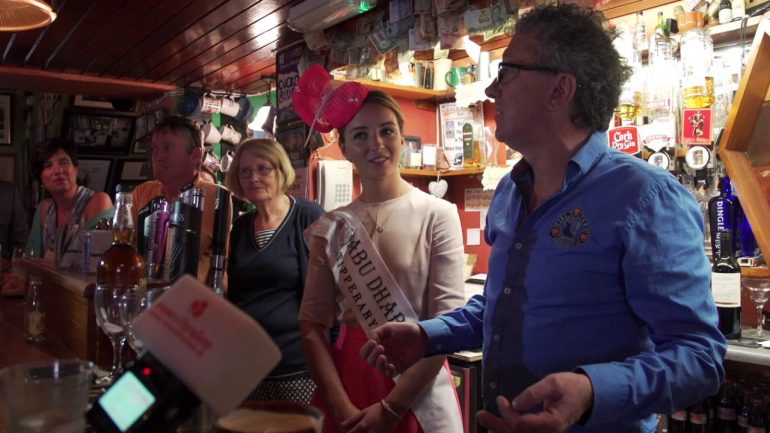 John B. Keane’s in Listowel

This Listowel pub was owned by the famous Kerry writer John B. Keane ( author of “The Field” and many other famous plays). The pub is now run by his son, Billy, who is also a writer and raconteur. The pub is a lively spot where you could find an impromptu session, or singers or poets at any time. 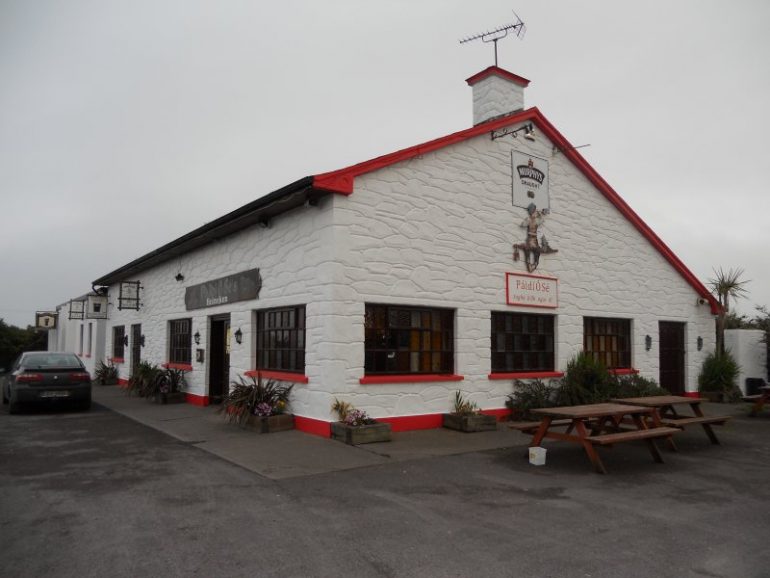 Famous Kerry footballer Páidí Ó Sé (Paudie O’Shea) owned this pub upt to his untimely death. It is being run by his family now and continues to be one of West Kerry’s favourite pubs. It is widely known in GAA circles around the country and you will always hear heated debates about the merits of one team or another.
A lively bar where there is often a “Seisiún”, banter in Irish and great food and drink. 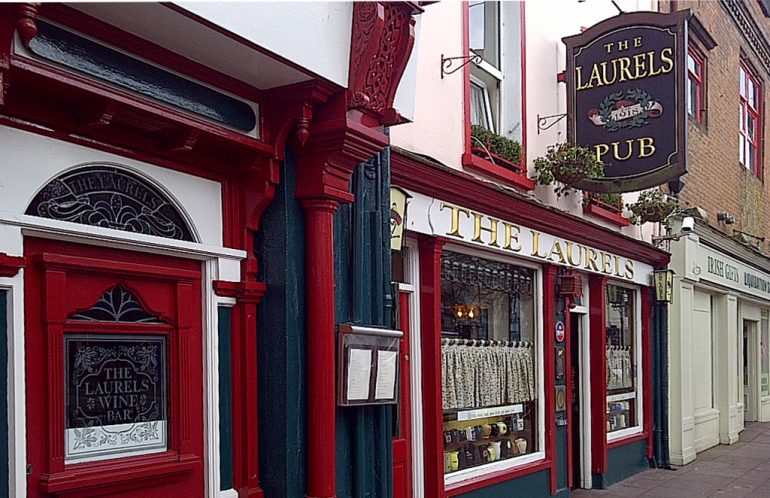 The Laurels in Killarney

The Laurels is a  traditional Killarney pub which has which has an old world feel to it. It has been run by the O’Leary family for almost a century and they have successfully retained the look of it while bringing it up to date. During the Summer season, live music sessions and Irish dancing will be found there. The food there is about the best you will find in Killarney. 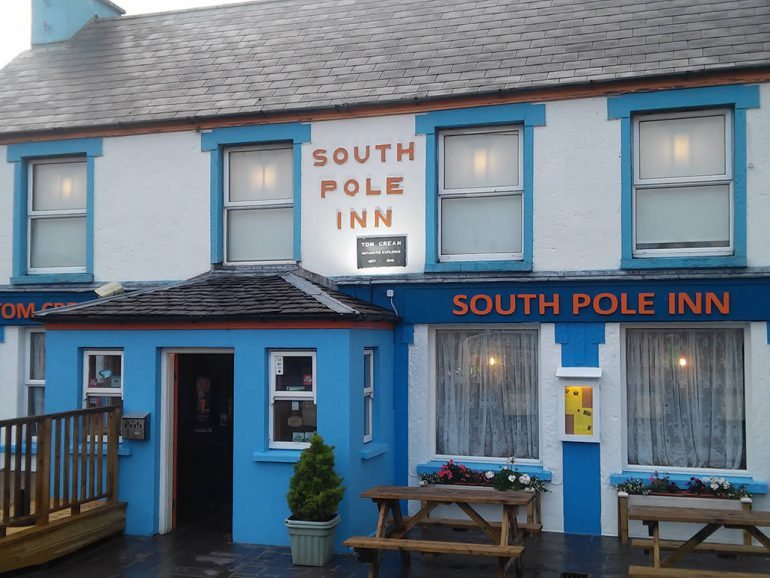 This pub was owned by famous Antartic Explorer Tom Crean who came from Annascaul. He and his wife ran the pub when he had retired.
The pub now has an added restaurant but other than that the owners have tried to keep it in the style of th time of Tom Crean.
It is now like a museum dedicated to Tom Crean with lots of photos and memorabilia on display.
The pub is popular with locals and tourists and is buzzing with activity during the Summer season. 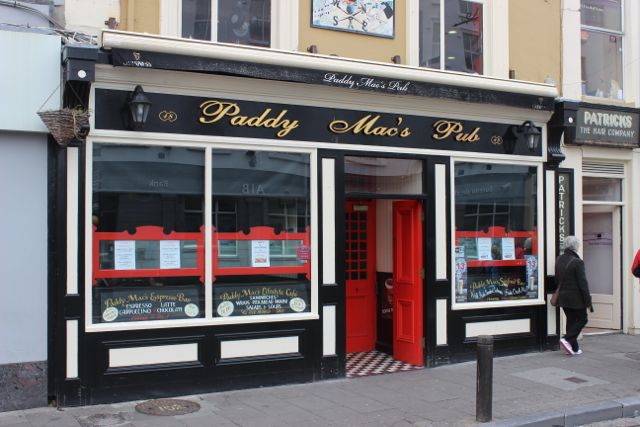 Paddy Mac’s is one of Tralee’s long established family run pubs. Reputed to serve one of the best pints in Ireland, they also serve a good selection of bar food.
There is regular live music on at Paddy Mac’s. 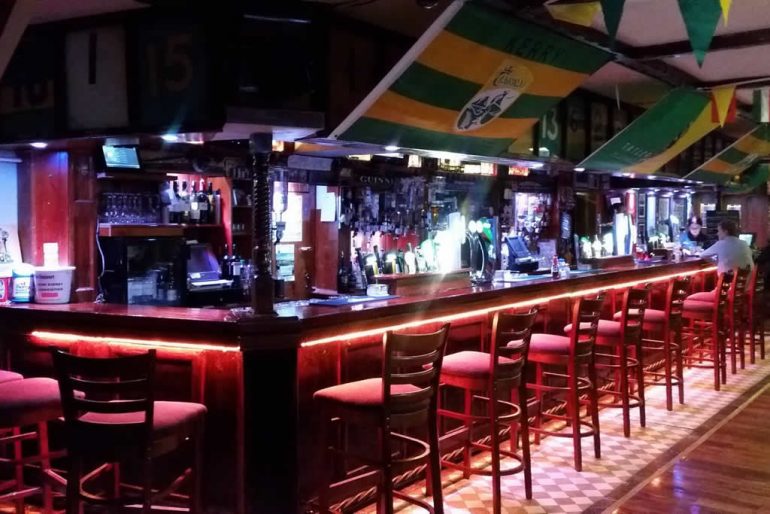 Located in Plunkett Street in the centre of Killarney town, ‘Tatler’s’ is a very lively pub, very sports orientated, especially GAA. But it also does good food, lots of music and is generally a very popular and lively spot. 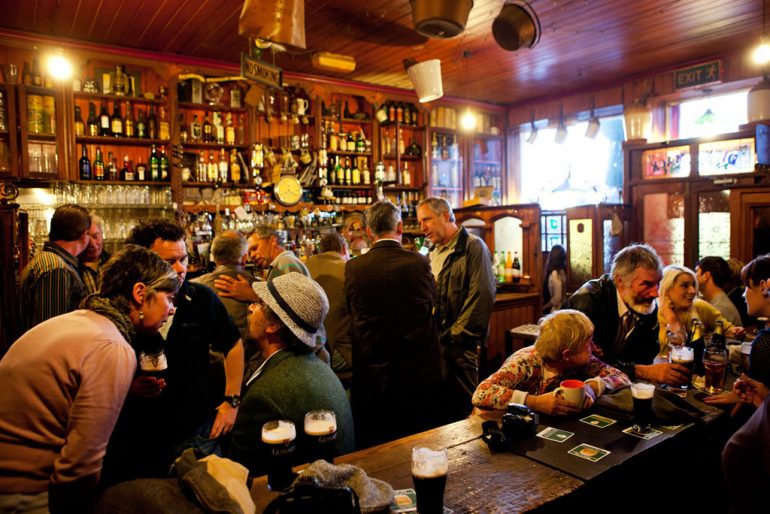 Dick Mack’s has been run by the same family since it was opened in 1899. This traditional Irish pub in Dingle became famous when the stars of “Ryan’s Daughter” frequented it. On the pavement outside There is a “Walk of Fame” (like Hollywood) showing some of the stars who visited Dick Mack’s.
In 2015 it won the Irish Whiskey Bar of the Year award for the second year running. 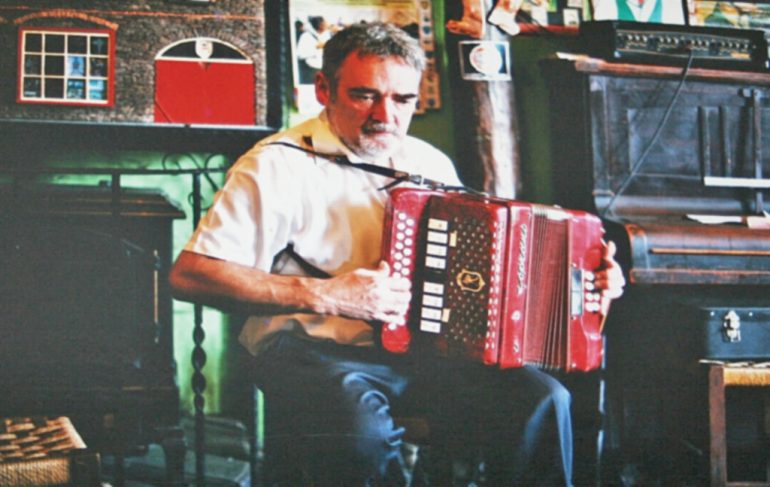 This is the pub to go to if you are a traditional Irish music fan. There is almost always a trad session here and visiting musicians are welcome.
Every inch of its walls adorned with photographs and memorabilia documenting the history of Dingle town.

At Ó Donnabháin’s you will get an authentic Irish pub experience. Although it is a traditional Irish pub the addition of a Beer Garden provides an excellent space for smokers and alfresco diners. It has a retractable roof to suit all kinds of weather.
Ó Donnabháin’s is at its best when the music is in full swing. They do have live scheduled music but some of the best nights are when a visiting musician just starts an impromptu session. 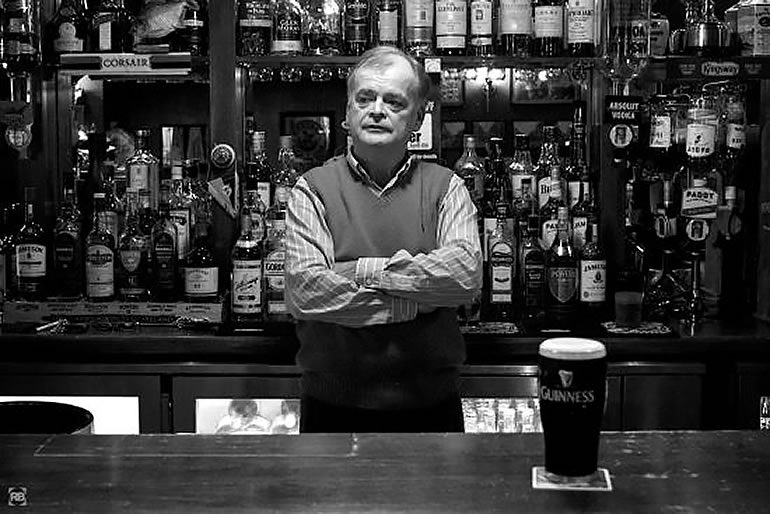 Baily’s Corner was on the corner of The Mall and Edward Street in Tralee but it has recently moved on to Castle Street in the centre of the town.
This pub is busy at all times of the day and night. They do a very good lunch and at night it is a very popular venue.
The proprietor is well known as a sharp wit and raconteur.